Story 1 BARKY LIVES IN THE COUNTRY

Barky is a busy little dog. He looks like his mother — he is grey, black and white. His head and his neck are white. His ears are grey. His tail is black. And he has a black nose, too.

He lives in a big house in a village with his mother, father, a little girl Lily and her mother and father. Barky likes to live in the country because he can walk in the garden and the forest, swim in the river and can get fish there. He doesn’t want to live in a town or a city. In a city or in a town you have a small park and trees but you don’t have a beautiful garden, a forest and a river.

Sometimes Lily’s grandmother and grandfather visit Lily, her mother and her father. They visit Barky, too. Barky doesn’t like them. He is a hospitable dog but he must teach them, too. They must be nice and kind in his house. They must not be angry. Barky likes shy people. 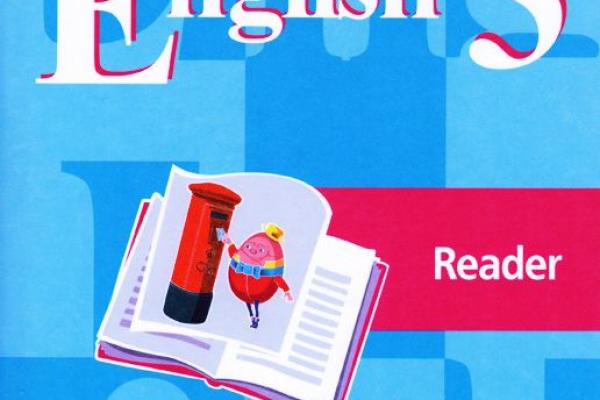 He can teach them well when they are shy.

Story 2. IN THE Morning

Usually Barky wakes up early in the morning. He gets up at 7 a.m. He has a clock in his room. When he wakes up, he looks at the clock and sees it is 7 a.m. He doesn’t want to sleep. He thinks it is nice to get up at 7 a.m. every day.

Lily washes her face and her eyes and cleans her teeth. Barky doesn’t wash his face and his eyes. He doesn’t like to clean his teeth.

In the morning Barky is hungry. He wants to have his breakfast with Lily. Lily usually has sweet tea with lemon for breakfast.

‘Would you like to eat an egg, Barky?’ asks Lily when she eats an egg.

‘Here you are,’ says Lily and gives an egg to Barky. ‘Help yourself.’

‘Thank you,’ says Barky and eats the egg.

‘May I have bread?’ asks Barky.

healthy for a dog, but he can eat many bones.

In summer Lily doesn’t go to school and doesn’t do her homework. She has summer holidays.

Lily and Barky can walk in the garden every day. They often go to the river with Lily’s mother and father.

‘Let’s go!’ says Barky and runs to the river.

When they come back home Lily has her lunch. Barky is not hungry in the afternoon.

Lily usually has soup, meat or fish, potatoes and tomatoes for lunch. She drinks tea, juice or water. Then she eats sweets, chocolate, cakes and fruit. She can eat apples, nuts or honey for lunch.

When Lily is not hungry Barky can play with her again.

wonderful bubbles. He doesn’t like to listen to music, to sing songs or to play the piano because he can’t sleep when Lily listens to music, sings songs or plays the piano.

When it is sunny Lily and Barky play together in the garden. They can play badminton and tennis. Barky likes to play tennis because he can get a ball and run away. In autumn, in winter and in spring Lily is very busy. She is a pupil. She is in the third form. She gets good marks.

In the morning on Monday, Tuesday, Wednesday, Thursday and Friday, she has

breakfast and goes to school. She meets her friends, boys and girls, and teachers. When Lily is at school Barky misses her.

In the afternoon she comes back, has her lunch and does her homework. She can’t play with Barky.

Lily does her homework on Friday, too. They can play together on Saturday and

Sunday because she doesn’t go to school.

It is not summer and they can catch a cold and then sneeze. Lily skis and skates

and Barky runs with her. He likes to ski and to skate because he can run and jump

when Lily skis and skates. When he runs and jumps he doesn’t catch a cold.

Story 5. IN THE Evening

In the evening Lily, her mother, her father and Barky have their dinner.

Lily tells about her school. Father and Mother ask questions.

‘Do you have good marks today?’ asks Mother.

‘Do you help your friends?’ asks Father.

‘Yes, Dad, I do,’ says Lily. ‘When my friends forget to take pens or pencils I give them my pens and pencils. And we read books together.’

‘Do you help them to do homework?’ asks Father.

‘It is night, it is dark and it is time to sleep,’ says Mother. ‘Lily and Barky must go to bed.’ 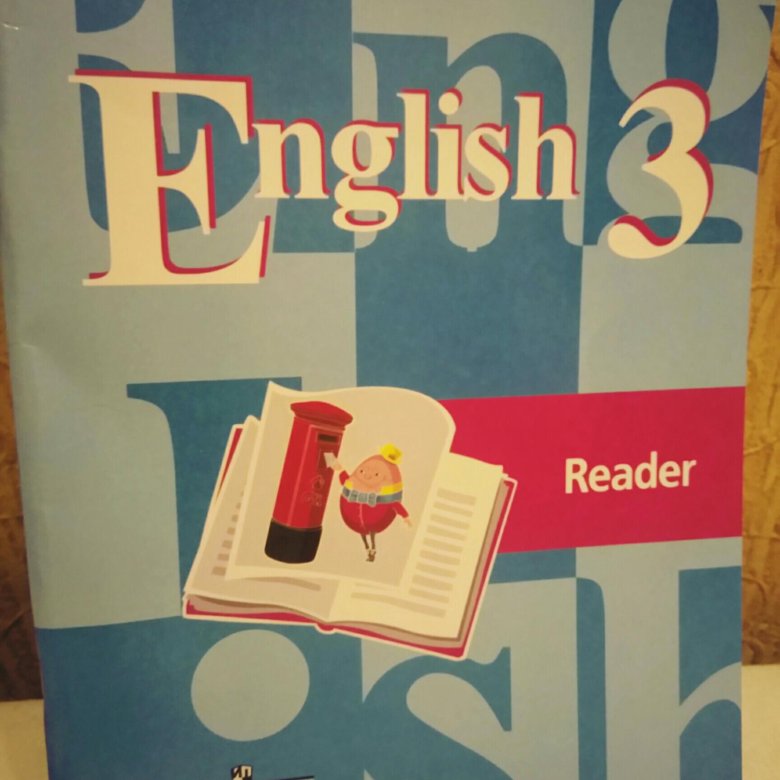 It is sunny. Lily and Barky go to the garden to blow bubbles. Lily blows. 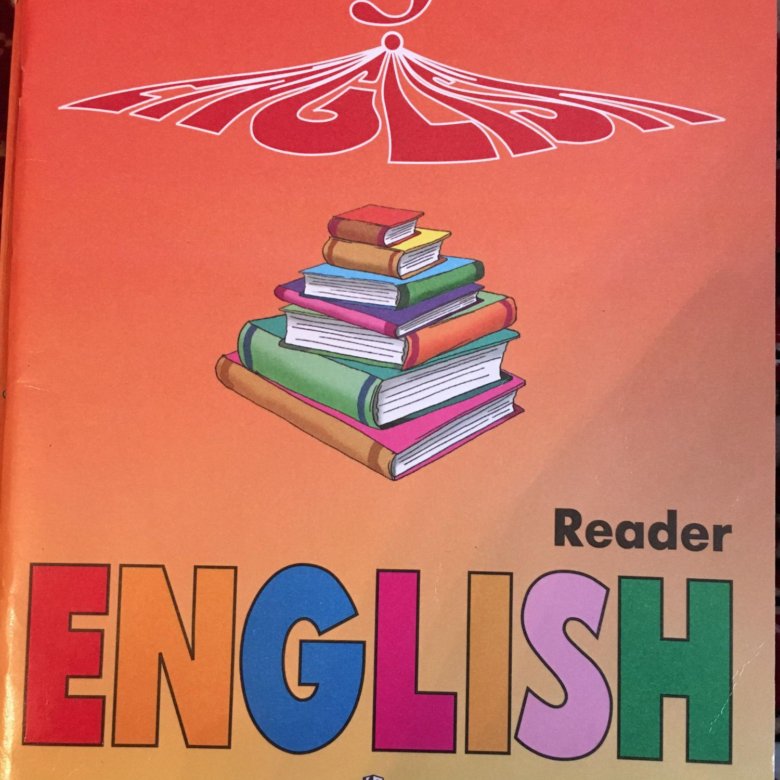 Barky gets three bubbles. He jumps and runs. Lily smiles. She loves Barky.

She blows and blows. Barky and Lily blow thirty, then forty, then fifty, then sixty, then seventy, then eighty, then ninety bubbles. Barky likes to jump and to get bubbles with his teeth. He gets twenty-nine bubbles! The twenty-ninth bubble is very big and has red colour.

She blows again and says, ‘Ninety-six, ninety-seven, ninety-eight, ninety-nine … and one hundred!’

‘I can blow one hundred bubbles!’ she says.

Barky is very happy. He gets thirty-five bubbles!

It is very funny to blow bubbles!

Story 7. LILY HAS HER BIRTHDAY

Once a year men, women, children and their pets have birthdays. 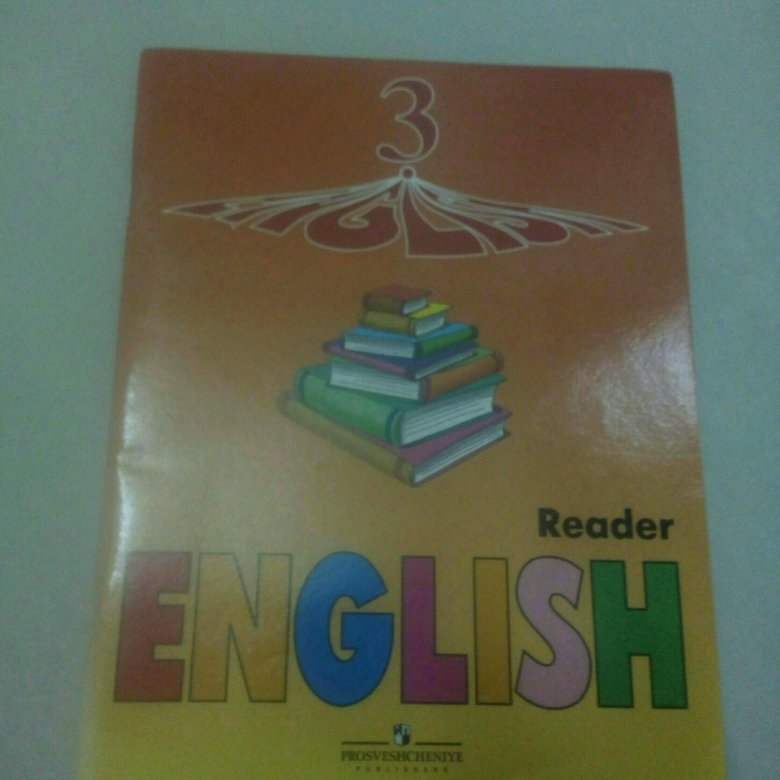 It is June and it is Lily’s birthday.

Lily has two favourite holidays — her birthday and Christmas. She likes the holidays

Lily’s mother and Lily’s father go to buy a present for Lily. The shop is very big.

They see a lot of presents in the shop.

Lily’s mother sees a pink scooter and says, ‘Is it a good present?’

Lily’s father sees the scooter, too. He says, ‘Yes, it is nice!’

‘I don’t think it is a good present,’ says Lily’s mother. 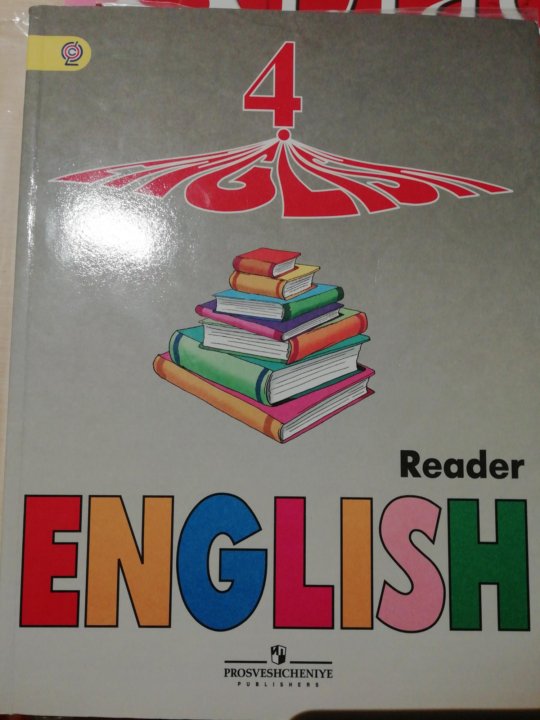 ‘But she can learn to roller skate,’ says Lily’s father. ‘I think it is a good present.’

‘Let’s buy the roller skates and the scooter!’ says Lily’s father and smiles.

Finally they buy the pink scooter and the red roller skates. They have very good presents for Lily.

Lily’s mother has a nice birthday cake for Lily, too.

Lily’s grandmother and grandfather come to Lily’s house. They are Father’s mother

Lily gets a letter from her grandmother and her grandfather who live in a city. They are Mother’s father and mother. They can’t come to Lily. They send a letter to her. Lily sees an envelope. She sees a stamp, her name, her surname, the number of her house, her street’s name and a postcode on the envelope. Lily opens the envelope and sees paper. It is a letter. Lily sees a postcard and a photo, too. 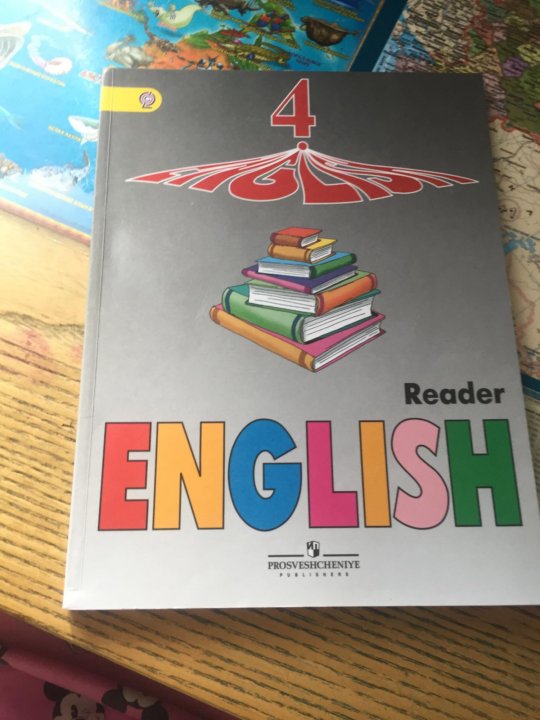 She sees her granny and her grandpa in the photo. They wish her a happy birthday. When they write letters to Lily they put them into a letter box and a postman in the post office helps them to give the letters to Lily.

It is time to celebrate Lily’s birthday. They have a birthday party. ‘Mummy, thank you,’ says Lily. ‘The scooter is a great present! I like it!’

‘Daddy, thank you,’ says Lily. ‘The roller skates are a great present! I like them!’

They eat the birthday cake and drink tea. Lily is very happy. 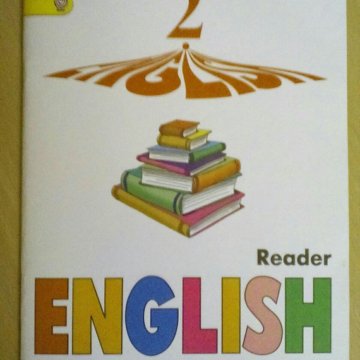 —Указательные местоимения this, that, these, those.
—Предлоги места: on, in, under, next to (at), in front of, behind, between.

Who is this? This is my grandmother/grandfather/grandson/granddaughter/grandparents/aunt/uncle/cousin.
His (mother) is tall/short/strong/happy/kind/old/young/beautiful.
Her (aunt) lives in America.

How many pens are there? – There are 15 pens.
What is your favourite subject? – My favourite subject is Maths/ English/ Reading/ History/ Geography/ PE/ Science/ Art/ Music/ Handicraft / Nature Study / Computer Study. 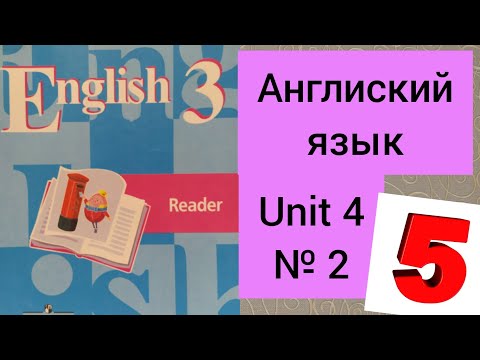 What lessons do you have on (Monday)? – On (Monday) we have (Art and Maths).
There is a library / a gym / a canteen / a playground in our school.
Schoolchildren wear a school uniform. 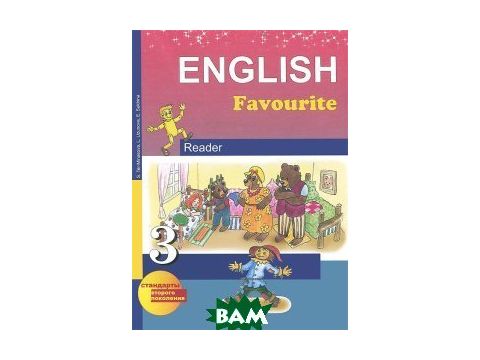 What time do you (get up)? – I (get up) at 7 o’clock.
In the morning I get up / wash my face / clean my teeth / have breakfast / go to school.
In the afternoon I have lunch / do my homework / play with my friends.
In the evening I watch TV / read books / play computer games.
At night I go to bed.
What do you do on Monday / Tuesday / Wednesday / Friday / Saturday / Sunday?
On (Sunday) I play football and visit my grandma. 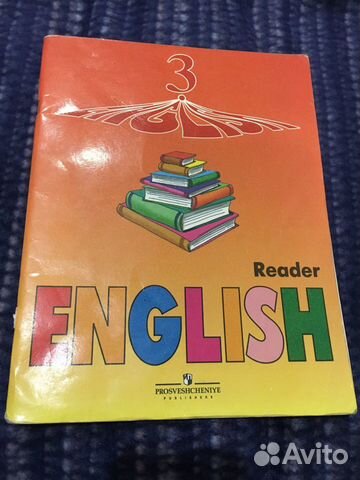 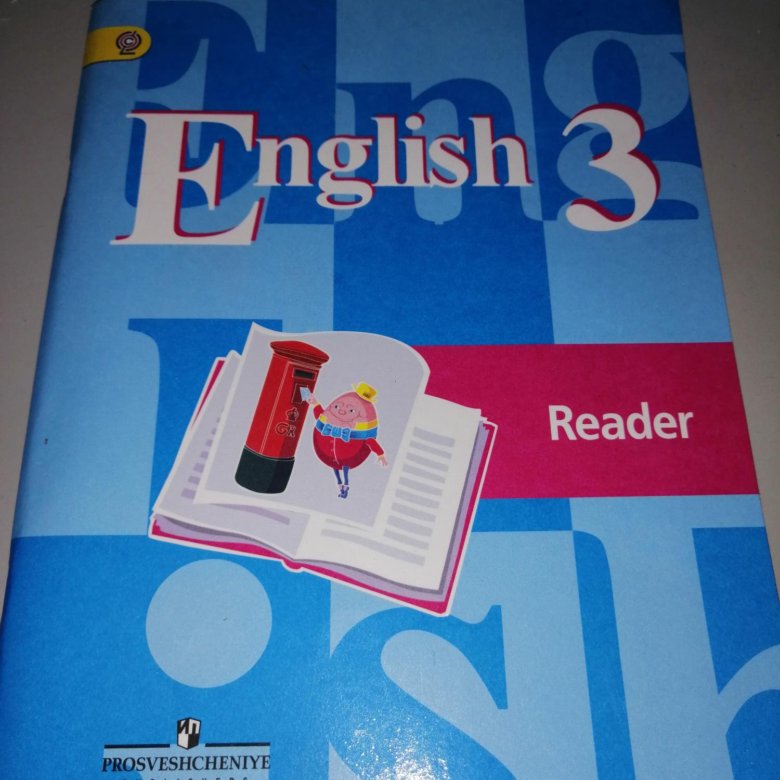 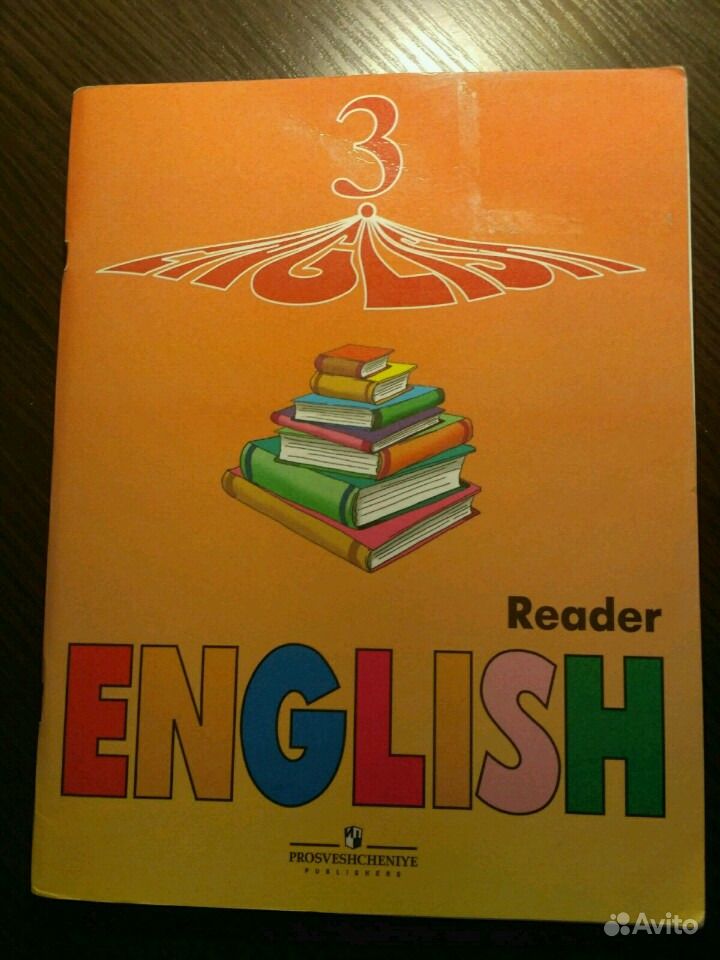 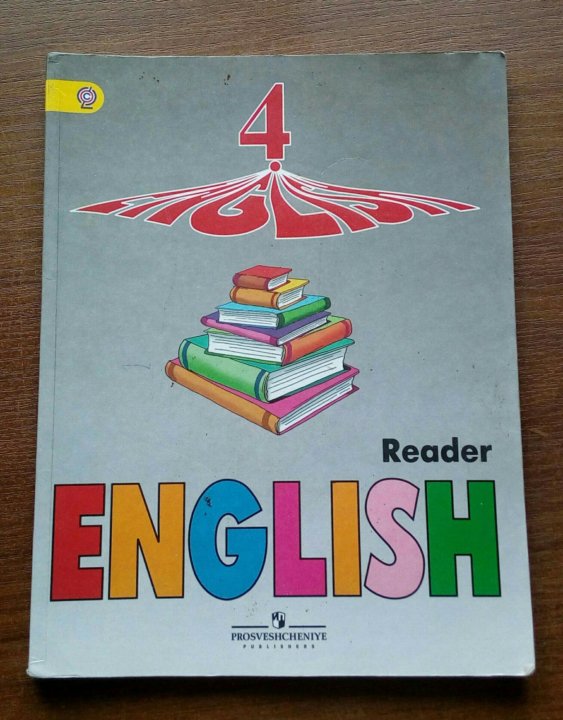 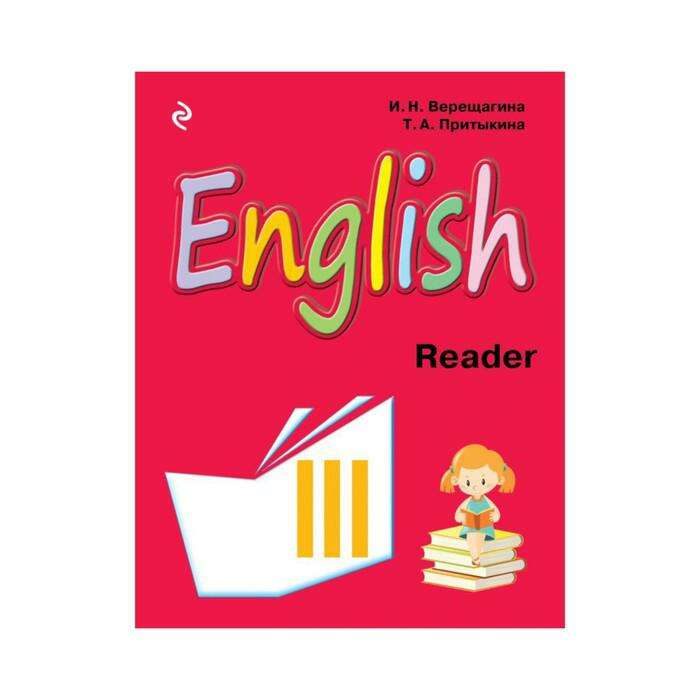 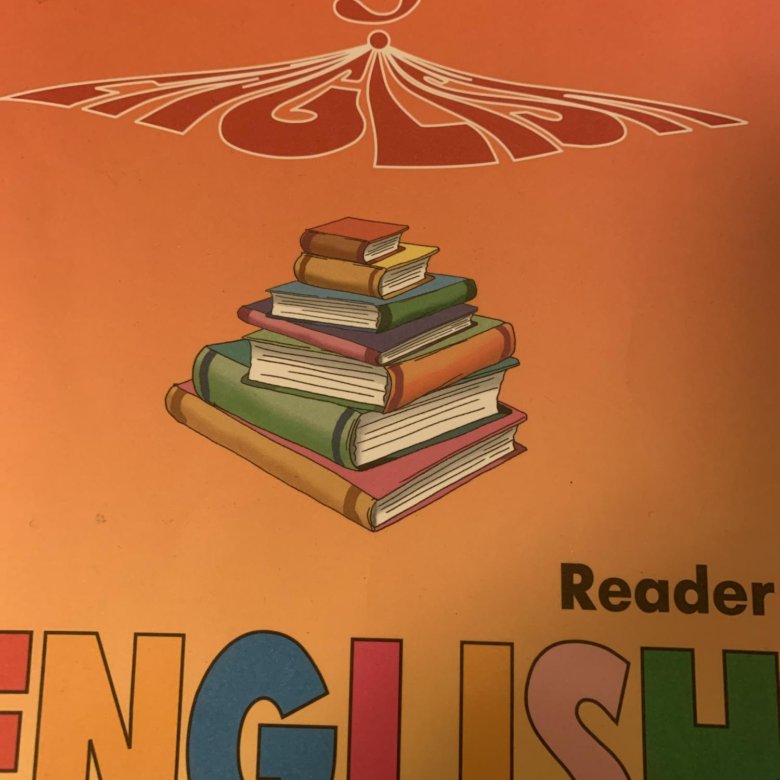 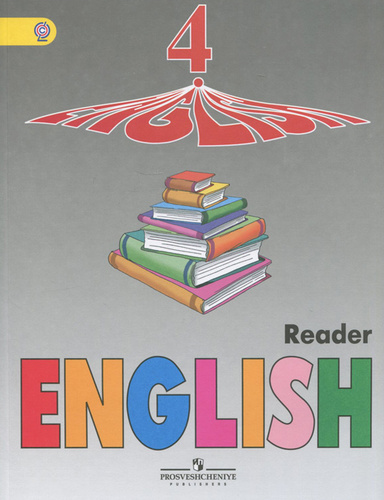